Greenway Network this Saturday, May 17, 2014 is kicking off our St. Charles county “Storm Drain marking program” 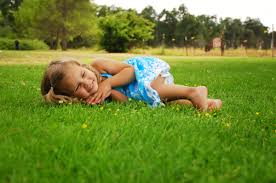 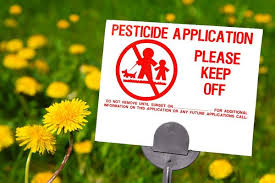 The check-in point is at the Greenway Network office at 215 Indacom Dr. in St. Peters.  Check-in time is 9AM.  To register go to our web site at www.greenwaynetwork.org.

If you volunteer you will have a chance to win a new 2014 Chevy Sonic donated by Poage Chevrolet! Please help us to inform the public for sound management of our watersheds.

I just read the article below taken from the PATCH and I wanted to share it with you. The desire for a well manicured green carpet of grass is in reality is not normal vegetation. In order to impress our neighbors, we as a society are using far too many pesticides and herbicides on our lawns. Often the chemicals are used incorrectly, the concept is a little stronger concentrations will work better when in fact as mentioned in the below article, we use 10 times more than needed.

Where do the residuals go? Down that storm water drain, to our streams, our rivers, down to the gulf and into our oceans.

Plant natives, look at the beauty of biologic diversity. Do not be disappointed if your grass carpet heaven forbid should have dandelions or clover, those bees need that and are they really that bad!

Regarding our lawns, what is needed is a change in cultural acceptance; that immaculate, thick, short, green lawn which the seed companies push; is in reality harming the environment we all need to sustain ourselves.

Also, the corn, soy based highly processed foods may be less costly at the store, but in the long run much more expensive for our society. What is now in the works is going back to the old “2,4-D”, it is a herbicide that was used in “agent orange” which was a defoliant dumped on Vietnam years ago. The health risks from it’s use have killed many service men and many of the poor people of Vietnam. Genetically modified crops are being pushed onto the public farming community by companies like Monsanto. These crops are becoming resistant now to Round-up and Monsanto is creating a new series of genetically modified crops using the old “2,4-D” in combination with Roundup. The additive properties of 2 herbicides are much greater than either one alone. We are killing off our bee populations and they pollinate the majority of our food supply. As bees forage and pollinate our food they take back the chemicals which bio accumulate in the hives killing entire colonies. The monoculture of only GM corn and soy bean also result in a major loss of diversity which the bee’s desperately need.

Below find the well written article I just found in PATCH.

Is Your Lawn Killing You?

A growing body of research shows common pesticides are putting kids and pets at risk.

Lawn chemicals are making us sick.

That’s the message of a recent New York Times piece by Diane Lewis, a New York-based doctor and the author of “The Healthy Yard Project.”

When chemicals are washed with rainwater into rivers and streams, and are absorbed into the ground, they can pollute drinking water and other aquifers. Despite these potential risks, there are few standards for what sorts of chemicals are acceptable for use on lawns, or in what amounts.

“The amounts of these chemicals are small and often considered ‘acceptable,’ but scientists now know that they have a cumulative effect,” Lewis writes in the Times. “Many chemicals that we use very casually on our lawns cause long-term health problems in ways that have only recently been understood.”

Do you use chemicals on your lawn, and if so, do you worry about their safety? Do you think the EPA should set larger-scale safety measures for fertilizers and pesticides that apply to homeowners? Tell us in comments below.

The Endocrine Society, which studies diseases related to the hormonal system, published a statement in 2009 based on 485 research papersthat showed the potential health effects of endocrine-disrupting chemicals.

These studies take decades, Lewis argues, adding, “this means that there are more studies implicating older chemicals, many of which are no longer sold because of known toxicities.” Scientists suspect chemicals still in use are equally harmful.

Nathan Diegelman, of the S.T.A.T.E. Foundation,wrote about how pesticides can harm homeowners and their neighbors in an op-ed for the research website chem-tox.com.

“Many components are classified as ‘inert,’ which allows them to be kept hidden from the public and not listed on product labels,” Diegelman writes. “Listed chemicals can be just as dangerous. They include components of wartime defoliants like Agent Orange, nerve-gas type insecticides, and artificial hormones. Some the federal government has even prohibited from use on its own property.”

The EPA advises homeowners to wear protective clothing and read warning labels on packages before using pesticides. While the Environmental Protection Agency has announced new pesticide safety guidelines to protect farmworkers, no formal set of guidelines exists for homeowners. Andexperts estimate homeowners use up to 10 times more chemicals per acre than farmers do.

Some towns across America have started initiatives to cut down on the list of potentially harmful chemicals used by their residents. In the Patch town of Middletown, Conn., for example, the Project Green Lawn Committee holds workshops and public education events to encourage organic lawn care.

For a campaign of the same name of her book,Lewis is calling on home owners to pledge to take care of their yards “without synthetic pesticides, weed killers and fertilizers except on rare occasions to resolve an infestation or to improve habitat for native plants and wildlife (and) … not to throw pharmaceuticals or chemicals down my drain or toilets.”

She points out that developing simpler, more holistic practices can help keep lawns healthy and pollution levels down.

Experts say those changes have the potential to save time and money, and keep our families — and their drinking water — safe.